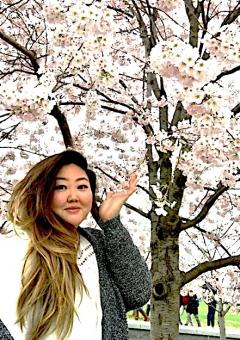 Esther Choi began teaching fifth grade at Vienna Elementary School in 2015. Before she began her teaching here, she graduated with honors from George Mason University in 2015, and received her Master’s in Education. During the 2016-17 school year, Esther was nominated by her colleagues and community members to receive the FCPS Outstanding New Teacher Award for being an “engaging and compassionate teacher,” and whose “students excel together with her”. Her favorite aspect of teaching is building a positive classroom community where all her students can feel safe to take chances, make mistakes, and grow together. Esther’s hobbies include learning new creative skills, cooking, and singing. Esther feels most inspired when she is traveling to new places, spending time in nature, serving at her local church, and when she’s surrounded by the laughter and love of her family and friends.